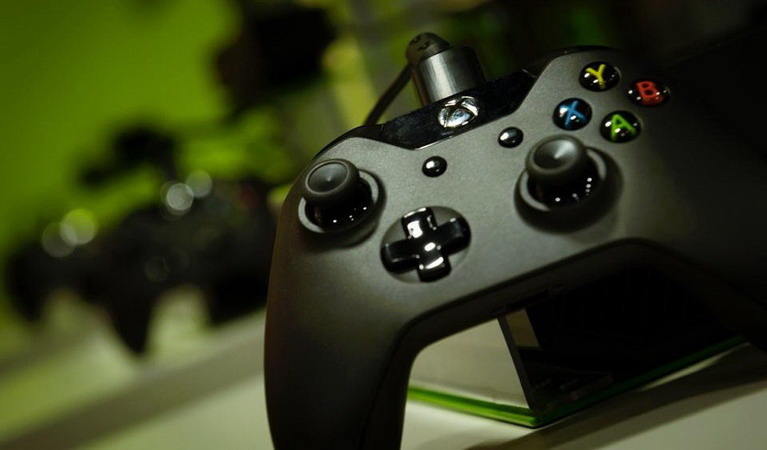 Background Music: Today’s update brings the ability for the highly requested feature of Background Music, which lets you listen to your favorite music in the background while gaming on Xbox One. The Pandora app, launching soon, is the first of many partners who will support Background Music, with Groove Music, iHeartRadio and other apps coming later.

Cortana on Xbox One: Cortana is now available on Xbox One in the U.S. and U.K. With Cortana, gamers can expect more from voice commands on Xbox. In addition to more commands and greater accuracy with natural language and text dictation, Cortana provides the ability to use a headset or Kinect. You’ll be able to use Cortana to find great new games, see what your friends are up to, start a party, accomplish common tasks, turn on your Xbox One if you’re using Kinect, and more. We’ll continue to build more Cortana features over time as part of our vision to have Cortana be your personal digital assistant for gaming.

Improved Game Collection: We’ve updated the Game Collection interface to make it faster and easier to find and launch the games you’re looking for. Now you’ll be able to sort, manage and see more of your Game Collection easily, quickly access your own ‘Ready to Install’ tab, update your games or apps using the new ‘Updates’ tab, and get more information about titles in your queue.

Xbox and Windows Store convergence: We’re starting to combine the best of the Xbox Store and Windows Store to give gamers a single cohesive experience across their devices. On Xbox One, we’ve streamlined the shopping experience to help you find the games you love faster and at the best prices. You’ll be able to filter search results by genre, read reviews written by fellow gamers – including those voted “most helpful” by the Xbox Live community – easily recognize what titles are on sale with strikethrough pricing in lists, and more. We’ve also added several new channels to help you discover the content you love even faster.

On the Windows Store, we’re adding support so gamers can soon browse and purchase bundles, episodic games, season passes, virtual currency and other game add-ons and DLC. You can also redeem Xbox tokens, subscriptions, games or DLC through the Windows Store. And developers can make their games available for pre-order/pre-download so you can buy a game any time before it launches, play it right when it comes out, and you won’t be billed for your purchase until shortly before the title launches. This fall, the store integration makes Xbox Play Anywhere possible, so when you buy supported digital games, you can play on both Windows 10 and Xbox One at no extra cost.

Facebook Friend Finder: Now on the Xbox One, connect your Facebook account to your Xbox Live account to find your Xbox playing Facebook Friends. You only need to connect your account once via Facebook Login; if you’ve already gone through the steps on the Xbox app for Windows 10, iOS or Android, then you’re all set! Otherwise, now you have the option to log into your Facebook account from your Xbox One, making it easier to find more people to play games and have fun with.
Improved sharing on Xbox One: We’ve made it easier to share your screenshots, GameDVR clips, and achievements on Xbox One. Gamers can now share their most epic clips and screenshots with the community right from home. We’ve also updated the Activity Feed settings so you can now decide what will get automatically shared to your feed.Xbox app and Windows 10 PC gaming

60 fps game clip recording with the Game Bar: Using the new “Very High” video quality setting in the Xbox app, you will be able to record your game clips in up to 60 frames per second from the Game Bar (Windows + G) once the Windows 10 Anniversary Update starts to roll out on Aug. 2.