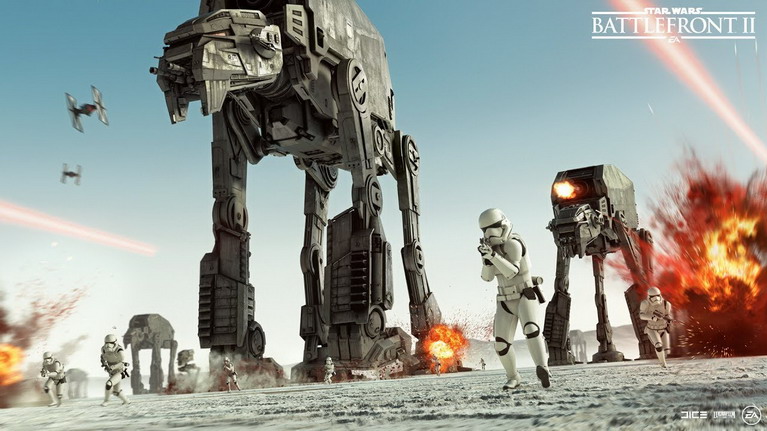 Iden Versio
GENERAL
Increased Base health from 550 to 650
Fixed an issue where the Secondary Fire module didn't appear on Iden's TL-50
DROID SHIELD
Increased active time from 10 to 12 seconds
PULSE CANNON
Reduced the recharge time from 5 to 1 second
Added a zoomed-in damage increase multiplier of 80% (the explosive damage is not multiplied by this change)
Decreased the time to full power from 1.25 to 0.6 seconds
Decreased the non-zoom dispersion from 2 to 0.2 degrees (zoom dispersion is 0)
Reduced the recoil of the weapon
Reduced the start damage from 100 to 40
Reduced the end damage from 150 to 100
Reduced the start damage distance from 125 to 30 meters
Reduced the end damage distance from 150 to 50 meters
Reduced the explosive damage from 80 to 20
HOT SWAP – Star Card
This Star card has been changed to give health to Iden when her DROID STUN hits enemies, and even more when it hits Heroes.

Rey
While using INSIGHT, a circle shouldn't appear under Rey for other players when activated

Officer
GENERAL
Fixed an issue where Increased Cooling provided higher cooling reduction than intended
Tweaked description of Homing Shot to clarify that it can fire multiple rockets, rather than just one
Fixed an issue where weapon cooling was not working correctly for weapon mods
Default Pistol
Reduced end damage from 20 to 17
SE-44C
Reduced amount of shots that can be fired before overheating from 25 to 17
Reduced how many shots can be fired before overheating when Increased Cooling mod is equipped from 49 to 25
Reduced end damage distance from 40 to 30 meters
OFFICER’S PRESENCE
Flattened the points given to an Officer with OFFICER’S PRESENCE, regardless if the aura affects 1 or 19 allies.
Point payoff with OFFICER’S PRESENCE was stacking, meaning an Officer standing in a choke point can farm thousands of Battlepoints without effort. To fix this, we've removed this stacking rule.
TURRET
The Turret now spots enemies when it acquires them and primes to fire. The spotted enemy is only visible to the officer who owns the turret.

Blast
Improved spawn zones for Blast on Starkiller Base

Starfighter Assault
Starfighter splash damage against troopers reduced by 50% to prevent excessive targeting of troopers.
Fixed an issue where the MVP screen would continuously shake

Known Issues:
Endor Galactic Assault – The AT-AT incorrectly has friendly fire turned on when shooting the hangar gates
Darth Maul’s SABER THROW ability does not always hit its target
Decals aren’t properly applied to the terrain on Crait
Legs may clip when characters are rotating
Headshot scoring event isn't tracked in the event log
The XP bars are not animating at the end of a match