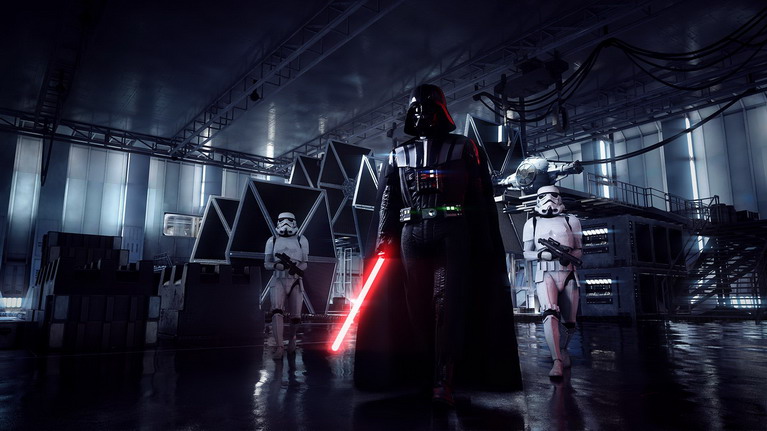 Blast on Crait
We’re expanding the ways you can play on Crait by bringing this map to the Blast Game Mode! Battle in the mines among the machinery and crystals leftover from the previous occupants.

Now available as a new Hero Starfighter in multiplayer matches! Iden Versio leads by example from her personal TIE/ln fighter. Custom-built for Inferno Squad, this modified TIE has seen heroic service in the name of the Emperor.

Finn
Reduced base damage of his EL-16 from 65 to 45
Reduced the time before heat cooldown kicks in from 3.5 to 1.5 seconds
Reduced damage of each Deadeye shot from 40 to 30

Phasma
Reduced the heat generated per shot of her F-11D

Heavy
Reduced the AOE of Supercharged and Explosive sentry
Increased heat per shot for Supercharged Sentry from 0.015 to 0.017

General
Fixed a bug where both the Officer’s Recharge Command and Finn’s Big Deal abilities were not affecting Heroes or Special Units properly
Fixed an issue where each sector on the minimap would not light up properly the first time an enemy fired
Reduced fade in time for a minimap sector from 0.3 to 0.1 seconds
Stability improvements
Misc. bug fixing