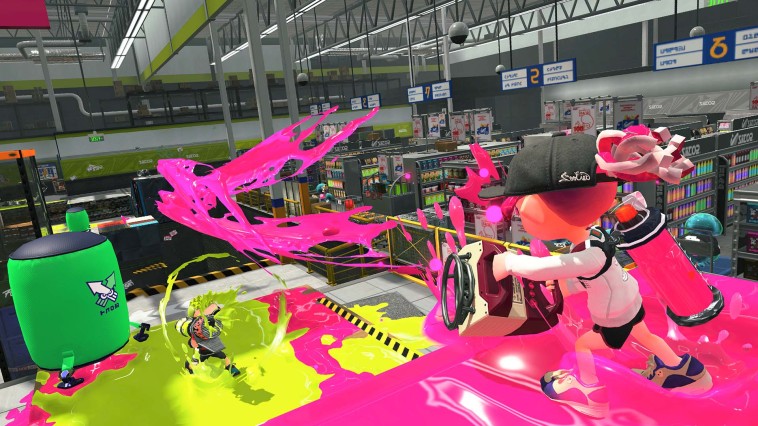 Changes to Gear
New gear has been added to the shops.

Changes to single-player mode
Fulfilling a certain requirement will cause Callie (from the Squid Sisters!) to appear at Tentakeel Outpost.

Changes to Regular Battle
When playing multiple matches with few allies your Vibe Meter will not change when you lose.

Changes to Spectator Mode
Fixed an issue in Private Battles when a player is using spectator mode, causing a sound effect to play in the middle of the stage as if the player were submerging themselves in ink.
Fixed an issue causing the hit indicators for the Sting Ray to not display correctly when switching between the perspective of a player using the Sting Ray and other perspectives.

Other Changes
When a player has reached X Rank in the Ranked Battle mode they are currently playing pressing in the L and R sticks at the same time while in the lobby will cause the player to strike a special pose.
Fixed an issue in the Style tab of the Equip menu screen where the order of hairstyles for Girl characters differed from the order in which they were displayed in Player Settings.