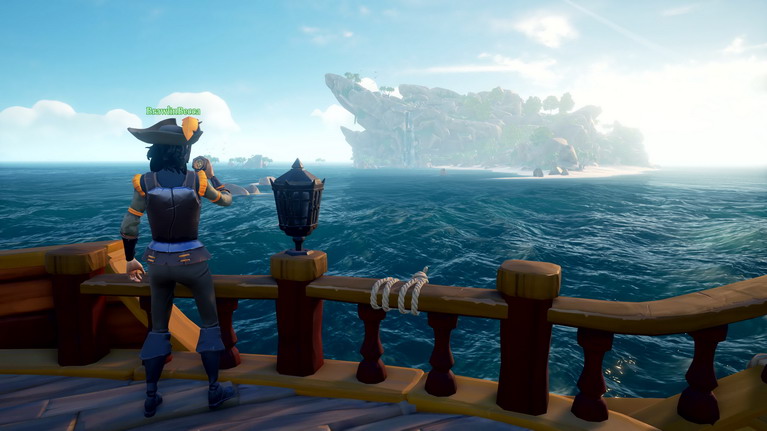 Fixed Issues
Players who have redeemed their Black Dog Pack pre-order code will now correctly see these items in their in-game chests. Not received your code? Check your Xbox Live messages over the next couple of days.
Characters should no longer lose details such as hair colour and scars.
When digging up a chest, there is no longer a chance that it will be impossible to pick up.
Players should no longer intermittently be missing items and weapons when loading into the game.
Weapon, clothing and ship cosmetic changes made after migrating server will now persist across sessions.
Players will now correctly see other players titles.
Snakes will now behave correctly, turning to face the player when agitated.
Animal and skeleton movement around slopes has been improved.
The game will no longer enter an unresponsive state after accepting a game invitation whilst matchmaking.
Merchant Alliance notifications for handing in various items have been corrected.
Lighting has been tweaked in order to improve performance on multiple islands and outposts.
Fixed tinnitus sound which persists after being killed by multiple explosive barrels.
Seagulls now fly over floating barrels.
Players can no longer be held by a seemingly invisible Kraken tentacle.
Fixed a range of potential game crashes.

Known Issues
Player gold and reputation can be delayed when cashing in a reward.
Player achievements can be delayed.
For an update on both of these issues, please read our Launch Update written by Executive Producer, Joe Neate.
Bounty quest skeletons sometimes do not spawn or cannot be found.
If you encounter this bug, a potential work around is to sail away from the island until it’s out of range, and then sail back in to trigger the Island Name banners.
Joining a player whose ship is parked at an active skeleton fort will prevent the joining player’s radial menus being opened.
Rare Lore Items throughout the world will read in English, regardless of current language settings.
"Hunter of Cursed Crews", Commendation is not updating.
Players may become comically smaller after fighting the Kraken.