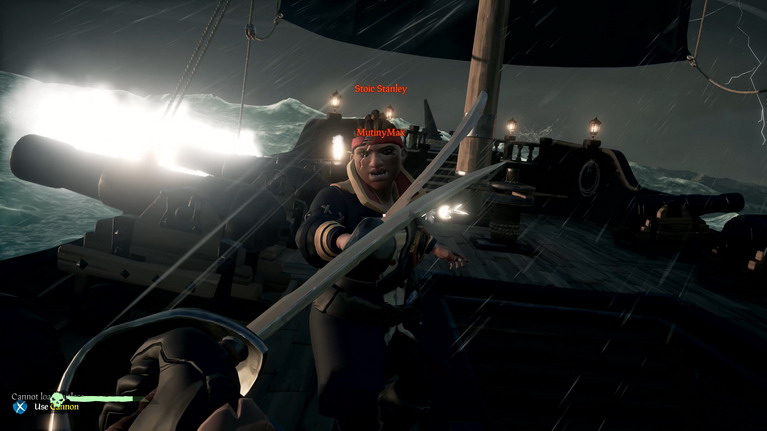 Message from Beyond
A message from the Ferryman has been nailed to the door post on the Ferry of the Damned instructing players on how to scuttle their ship.
This is a reminder to players that if their ship and / or crew is in a position they want to get out of, simply going to "My Crew" in the settings page and voting to "Scuttle Ship" will sink the ship and start the crew in a new location.

Weapon Balancing
Reduced Blunderbuss Damage and Increased Eye of Reach damage.
We've been reviewing the data on players weapon choices and damage dealt across our weapons and made some balancing changes. We will continue to monitor this change and further tweak as needed.

[PC Only] Aim Down Sights Sensitivity
We've increased the default mouse sensitivity to allow for more efficient aiming and to be in parity with the controller, as we heard your feedback regarding how mouse-mats around the world were being worn out due to how painfully slow it was to aim down the sights.
We are also currently working on further improvements for a future update which will include an ADS slider in the Settings to allow players to choose a sensitivity they feel comfortable with.

[PC Only] Mouse Binds
We've added mouse scroll up and down to the list of controls players can use to rebind actions to.

Fixed Issues
Enabling 'non-directional' chat no longer allows non-crew players to be heard anywhere in the world.
Players should no longer get into a state where they can no longer equip a second weapon.
We have corrected an issue with players receiving very little warning of a server shutdown. Players should now receive a minimum warning of 30 minutes for a server shut down.
We are still working to ensure that server shutdowns are something that a player would only experience during scheduled maintenance. In the meantime we aim to give players more opportunity to react to a shutdown should it occur.

Performance Improvements
In response to reports of poor ping times in South America, we have now deployed Sea Of Thieves to a South American data centre.
Multiple server and client crash fixes.
Further improvements and optimisations for all platforms are ongoing.