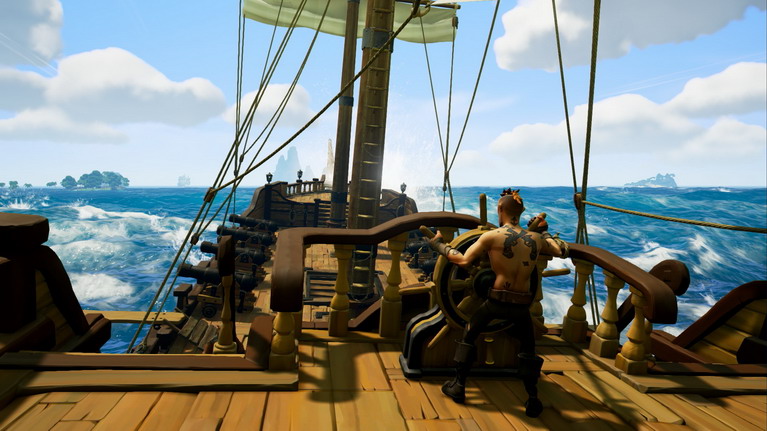 Updates
Ship respawn distance - When a ship sinks, we have significantly increased the distance at which the crews new ship will respawn. Ships will now respawn outside of visible view of the ship that sank them. This is in response to lots of player feedback which highlighted that the previous spawn distance was resulting in "griefing" behaviour and stalemates at the forts!
Mermaid Teleport - Pirates will now have to drop any treasure item they are carrying before being able to see the 'Teleport back to ship' option from the mermaid. We saw feedback that players were accidentally leaving treasure behind in the sea, so wanted to make it more clear that when you teleport you leave your treasure behind!

Fixed Issues
[PC Only] Players should no longer experience the 0x80070005 error or get stuck at 99% during installation.
Players are no longer able to fall through the ship geometry and into the sea if they are to repeatedly jump on the chests/barrel located mid deck
The voyage image on the captain’s table now displays the rank (promotion) banner in the top right corner, to keep in line with other areas of the game UI.
When accepting a game invitation whilst matchmaking, the game no longer enters a temporary unresponsive state.
Bounty Captains will no longer spawn multiple times.