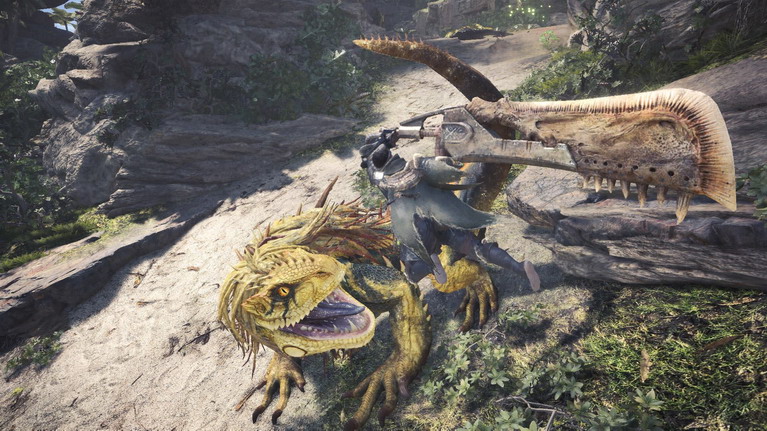 Squads (PlayStation 4)
Fixed an issue where the error message "Failed to retrieve squad information. Please wait and try again." would appear and squad features would not be usable. However, as a result of this fix, players who were affected by this bug will have all of their squad data reset. Additionally, players in squads whose squad leaders have their data reset will also see any affiliated data disappear the next time they log in. We apologize sincerely for the inconvenience, and ask that you reform squads or reinvite players whose data are lost.
Fixed an issue where, rarely, uninvited non-squad members could join a Squad Online Session, or squad members could not join one of their own. Squad Online Sessions can still be joined by players outside of the squad via friend invite or Online Session ID search.

Decorations
Fixed an issue where, under certain conditions, decorations would be lost.
Fixed an issue that occurred when selecting items with the "Sell Items" option (from the item box inside base camp tents) by hiding the decorations tab.

General Light Bowgun and Heavy Bowgun ammo changes
Increased the power of Normal Ammo (1, 2, 3), Pierce Ammo (1, 2, 3), and all elemental ammo (except Dragon Ammo).
Decreased the power of Slicing Ammo, and reduced the effect it has when hitting other players.
Reduced the maximum number of Slashberries you can hold in your item pouch from 60 to 30. Players can still use any remaining extra Slashberries if they currently have more than 30 in their item pouch.

Endemic Life
Fixed an issue where information on endemic life would disappear from the Wildlife Map when moving about the field.

Quests
Fixed an issue where the assignment "Flying Sparks: Tobi-Kadachi" would not appear on the quest board after departing on a different quest in the middle of speaking with the Chief Botanist just before the quest is first assigned.
Fixed a rare bug that would cause players to lose control of their characters when completing a quest with certain start menu sub-menus open.