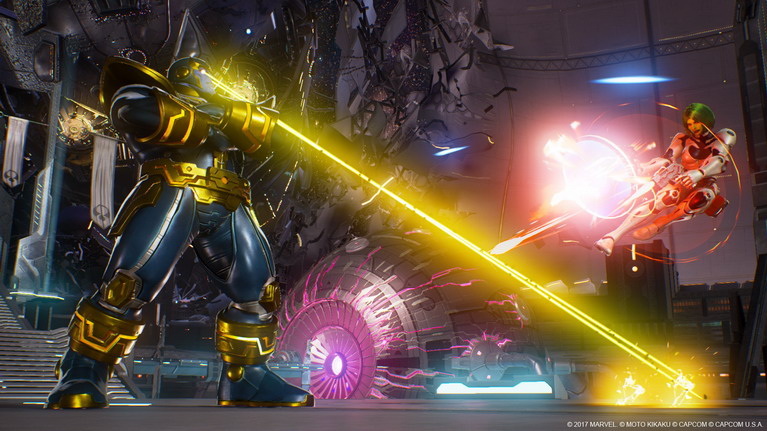 • When an opponent has been hit by three special "grab" projectiles in a single combo, they will automatically be affected by a spiral hit stun, causing them to be invincible and sent into the air. Players can also counter tag out of these attacks.
Affected moves:
Spider-Man - LP/HP Web Ball (including air versions)
Frank - LK/HK Hammer Throw

• Fixed a bug that made it impossible to block during the last frame of crouching block recovery.

• Fixed an issue that caused a connection error to occur when continuously performing successful grabs in an online match.

• Increased throw invincibility during air recovery from 3F to 5F.

• Fixed comboing into another combo using the Mind Surge throw.

Dante
• Fixed a bug when taking damage during Tempest that caused Dante’s position to change from the location where he took that damage.