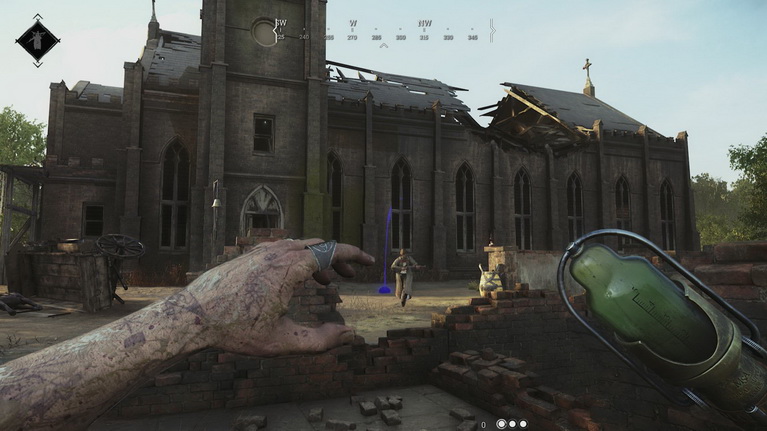 Highlights
Skill-based matchmaking – With this update, we are introducing a new, skill-based matchmaking system. The new system is inspired by the Elo system used in chess, and heavily weights player vs player skill in populating matches to create a fairer experience.
Movement inertia - We are introducing a new movement system that adds acceleration and deceleration to the core movements of Hunters. This system will stop players from abusing the ADAD buttons to dodge bullets/melee attacks.
Anti Teaming - To prevent pre-lobby teaming, we have made various changes to the way that we group players into sessions.
Weapon looting from dead Hunters - When getting downed or killed, Hunters now drop their weapon(s) on the ground. Other players can either pick up the dropped weapon(s) or exchange them for their currently equipped ones. Any looted weapons extracted from the mission are marked as contrabands and cannot be sold for money in the store.
NVIDIA Highlights - Hunt now supports NVIDIA Highlights, which will automatically capture a short video of your kills and deaths. Now you can show off awesome videos to your friends!

AI
AI should no longer spawn on top of geometry where they could not get down (for example: wagons and large boxes).
Hellhound
Updated the locomotion behavior and animations of Hellhounds. Their movement is now more realistic
Hellhounds’ overall damage has been reduced. Bite attacks now cause bleeding damage
Hellhounds can now dodge melee attacks by jumping back and forth
It is now possible to cancel Hellhounds' melee attacks by hitting them first
Re-balanced the damage Hellhounds take as follows:
They now die to 1 headshot with long bullets at any range (With the exception of the Uppercut which is close to matching the Vetterli)
1 headshot with medium bullets until long range
1 headshot with compact bullets over short range (Increasing fall off over range)
Body shots now deal more damage
Melee vulnerability balance pass
Some AI are weaker to specific melee types and resistant to others
Melee damage has become slightly more powerful against AI overall
Armoreds
Weak to Stab damage
Resistant to Slash damage
Blunt damage stays normal
The knife and machete have similar effectiveness
Grunts and Hives
Have neither weaknesses nor resistances
Can be killed with 1 heavy attack to the head by dedicated melee weapons
Hellhounds
Weak to melee damage in general
Meatheads
Weak to Slash damage
Resistant to Blunt damage
Slightly resistant to Stab damage
Water Devil
Resistant to melee damage in general
Butcher
Weak to Slash damage
Resistant to Blunt damage
Slightly resistant to Stab damage
Spider
Weak to Blunt and Slash damage types
Stab damage stays normal
More details can be found under the Gunplay section

Audio
Improved Audio Mix (Zoo cleanup)
Developer Note: The goal was to clean up the soundscape in the compounds to make it easier to identify the different sound sources, like the AI cast or an animal trap. While doing this we improved the attenuation to make sounds behave more consistently and realistically over distance.
Added missing audio stingers to UI banners.
Added ambient audio to the main menu.
Decreased the volume of the audio played after bounty pick-ups.
Added "Devil In The Churchyard" Instrumental Version (plays during matchmaking & mission loading).
Added "Devil In The Churchyard" Ambient Version to play after Humming Theme in the Main Menu.
Increased the audibility of fuse sounds (All Dynamite variants, Frag grenade, and Sticky bomb).
Gramophone in the level can play a short version of the "Devil in the Churchyard" track.
Fuse sound on explosives do less occlude within close proximity now.
Reduced audible range of weapon selection and aiming.

Hunters
Added inertia-based movement to counter ADAD button spamming
Hunters will no longer be able to perform super erratic moves to avoid getting hit by bullets
This system adds acceleration and deceleration to core movement for a more realistic feeling
Added new jumping system
Removed melee stamina consumption from jumping
Jumping still tires the player - similarly to sprinting - and blocks regeneration of melee stamina
The Hunter's movement speed is slightly reduced when chaining together too many jumps in a short amount of time
Added a new weapon state when jumping for a better first-person experience of the weapon moving on screen
Players can now vault over objects with higher landing points than the Hunter's current position.
Developer Note: With this update, we are introducing a number of core changes to player movement to counter some of the more dominant strategies players have come up with to dodge bullets or make it easier to charge in for a melee attack. Some of the changes might feel a bit sluggish at first and will require players to get used to them over a couple of games. We have tried to strike a good balance between the necessity of adding inertia to player movement, while at the same time keeping the feeling and walking speeds the same. Players can still perform the same trick jumps, quickly peak out of cover, or dash around the world as they are used to. Tell us what you think and if you feel these changes work or what you would like to see changed!

Meta
Equipment:
The Nagant Brawler Pistol (Single Action) has been exchanged with the Nagant Officer Brawler variant (Double Action).
The price has been lowered from $35 to $30.
Icon consistency pass on all normal syringe shots to match the vitality shot.
A free sample of the newly unlocked item(s) after ranking up is now given to you and can be found in your arsenal

Recruits
Free Tier 1 Hunters have been added. The cheapest Tier 1 Hunter now always comes as a free recruit, but his equipment is marked as contraband and cannot be sold at the store.
Recruited Hunters are now rotatable and zoomable in the menu.
Unwanted Hunters can now be dismissed from the list of recruited Hunters in order to free up a slot. Their equipment is stored in the Arsenal for further usage, but players will not receive any bonus XP like they do when they retire a Hunter above Level 25.

Mission
The solo event has been temporarily removed from the mission list. The solo mode will soon be replaced with Quick Play, which is an improved version of the solo event mode, to make sure our solo players can get back into the game asap.

World
New Feature: “Crows on a line”
You can now find crows sitting on fences, walls, and some ledges.
Reduced the overall amount of crows, ducks, and adjusted possible spawn points
New Feature: Cash register
Players can now find these randomly hidden away in compounds
Players can interact with them and loot them for money (same amount and chances as for looting dead Hunters).
Chapel of Madonna Noire now has a second entrance from the graveyard side, increasing the total number of access routes to the Boss lair to three
We did a consistency roof accessibility pass (some roofs which could be exploited got properly blocked - as it was always designed - and some roof got opened up for player access)
The hunting tower got more cover all around - in the future a new variation is possible as requested by the community
Some fences were not working properly when vaulting, they are now fixed all around the map.
Decluttering pass in Port Reeker to make it more readable for players
Water depth consistency pass across the entire map
The further you move into large bodies of water (the deeper the water gets) the slower your Hunter can move
Lots of floating objects fixed all around the map
Some updates on the art (like new roads textures, the industrial set got a small update, etc)