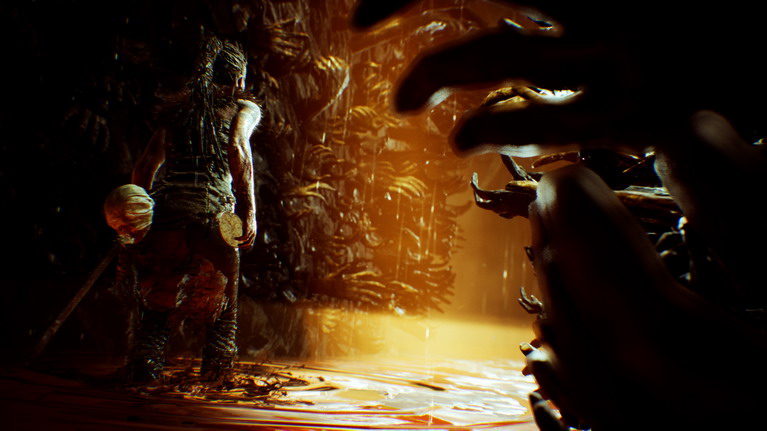 Fixed a crash that could happen if two Keep Guard enemies are standing close to each other and one dies.
Russian subtitles for the Hellblade feature have been added.
Fixed an issue where the audio would be out of sync with the Hellblade feature if it has been paused for an extended period of time.
Fixed an issue where the Baldr Masks in the Tower Shard level are white on the inside.
Fixed scenarios resulting in unlit geometry after reloading from checkpoint.
Fixed a potential progression stopping bug in the Fenrir Cave by the ‘M’ rune door puzzle.
Fixed potential progression stopping bug in Fenrir Cave due to check pointing after skipping a lit region.
Fixed potential progression stopping bug in Fenrir Cave if player fails to collect floor rune after combat and subsequently dies.
Fixed collision issues that could allow players to unintentionally exit the game world.
Fixed audio cut-out issues.
Added audio cues for hidden faces.
Fixed audio hard cut at the end of various cut scenes.
Fixes for audio lip sync issues.
Audio balancing fixes.
Various subtitle localisation fixes across a number of languages.

Protector Enemy
Health values have been lowered.
Will now remain vulnerable for longer after his shield guard has been broken.

Surtr
Fixed an issue where Surtr was able to throw Senua outside of the arena.

Valravn
Fixed an issue where Valravn could not be damaged while in Focus for certain combos.
Parried projectiles will now remove shadow state on hit.

Fenrir
Health values have been adjusted.
Fixed issue where certain attack were not dealing damage correctly to Fenrir.

Photo Mode
Fixed an issue where motion blur is applied to object incorrectly during Photo Mode.
Removed the second slider that did nothing when cycling through the Effects tab.