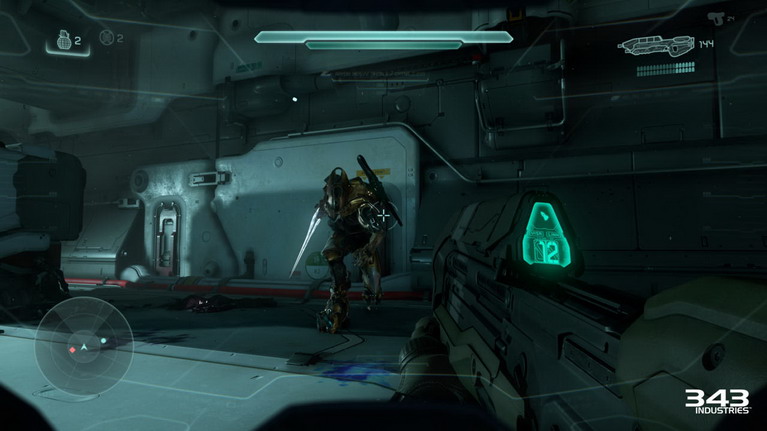 Halo 5 now looks better than ever with 4K UHD support for Xbox One X!

New Weapon Tuning for 14 items deployed across all game modes

Ball Mode Options:
Ball Type: Allows selection between the default UNSC Ball and the newly added Oddball Skull for use as the game ball
Ball Explosion Damage: Allows enabling/disabling of explosion damage when the ball is scored in an Assault mode
Score Per Kill While Carrying: Allows configuration of points awarded for killing an enemy player while carrying the ball
Ball Carrier Traits -> Melee Damage Modifier: Added a value for “Standard Weapon Melee Damage”, which configures ball melee damage to be exactly equivalent to that of a normal weapon melee

Flag Mode Options:
Flagnum Type: Set the type of Magnum (standard or Gunfighter) that will be wielded when holding the flag

Added thresholds that will prevent JIP in Social playlists depending on the remaining score to victory, score differences between teams in a match, and time remaining in the match. These are tuned on a per-game-mode basis with the goal of reducing negative JIP experiences.

Added a fix for the “black screen” bug (We believe this is addressed, and will be monitoring closely - please let us know if you experience this issue post-patch)

Increased the cooldown time on the Banshee's flip maneuver