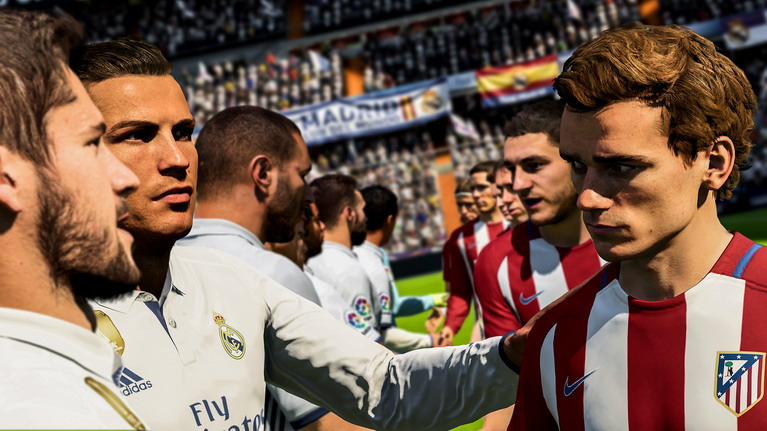 Addressed the following issues in Gameplay:
Goalkeepers unnecessarily clearing the ball when it was passed to them in certain situations.

The following changes have been made for all FUT Champions Weekend League matches:
All matches will now take place in the FeWC Stadium, with the Time Of Day always set to Night and Weather always set to clear.
The Pre-Match screens will no longer display which team is the Home team or Away team; instead, players will always see their team on the left side of the screen, with their opponent's team displaying on the right side.
You will no longer see your opponent's kits in either gameplay or the Pre-Match screens; instead, you will see your opponent wearing your unselected Active Kit.
For example, if you choose to play the match in your Home kit, you will see your opponent play the match in your Away kit.
The Kit Selection and Match Preview screens have been updated as a result of this change.
The Orbit Camera can now be used when watching FUT champions channel replays.

Made the following changes in Online Modes:
Updated the colors used for the Connection Quality Bars in all Online modes, including in FUT.
5, 4 and 3 bars are green.
2 bars is yellow.
1 bar is red.

Addressed the following issues in Online Modes:
A player’s Pro Clubs Virtual Pro having incorrect attributes if it was created when the player is not connected to the servers.

Made the following changes in Audio / Visual / Presentation:
Updates to a number of kits.