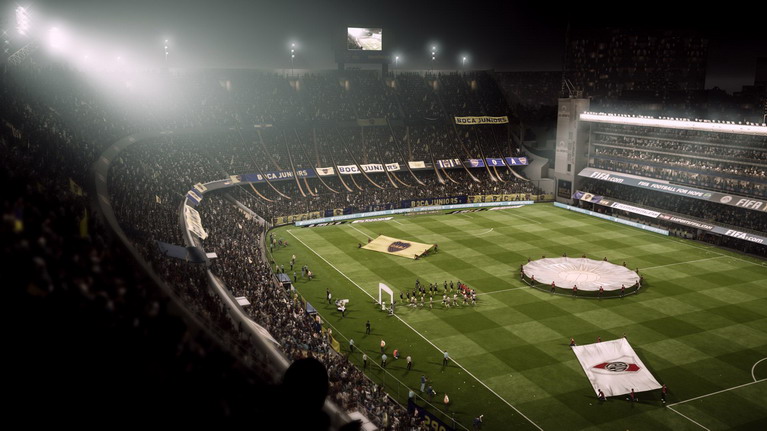 Addressed the following issues in Gameplay:
A freeze happening, in some situations, during the goal celebration for a goal that was scored by the goalkeeper.
The goal celebration being skipped, in some situations, after a goal was scored by the goalkeeper.
Holding the sprint button will once again cause a goalkeeper to get up quickly if he is on the ground while holding the ball.
The player sometimes being in control of the wrong player in a Skill Game.
Stringing the juggle skill move together multiple times in the Practice Arena could cause your player to disappear.
Updated the default FIFA Trainer settings for the Intro Match to show both Movement and Mechanics instead of just Movement.

Addressed the following issues in Online Modes:
Captains, or players that had just transferred captaincy to another player, getting disconnected or crashing after inviting another club to a match in Pro Clubs Friendlies in some situations.

Addressed the following issues in Audio / Visual / Presentation:
Updates to the 2D portraits for some players.