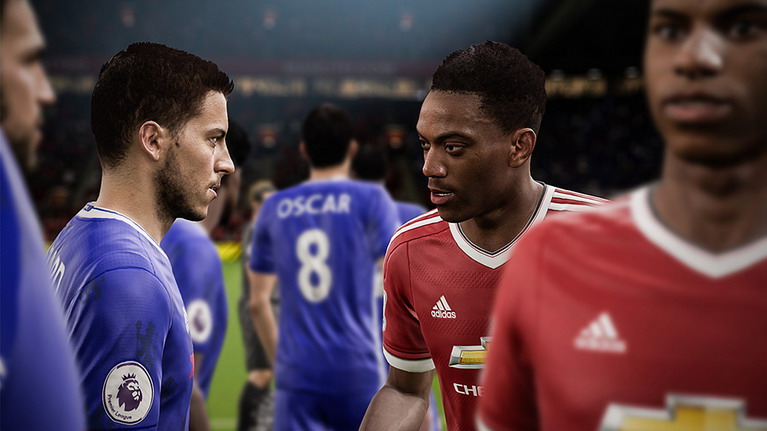 Gameplay
A situation where cancel was unresponsive after requesting a clearance.
A rare situation where the penalty shootout should have ended earlier.
Increased the CPU AI tendency to attack directly.
An issue where players sometimes overrun the ball after a skill move.
Increased the chance of error from ground crosses (triple tap).
Improvements to ball physics where shots off the goal posts lose too much speed.
Goalkeeper positioning for corner kicks.
Improvements made to player switching from corners and free kicks.
An issue where the player would control the ball instead of attempting a clearance.
Improvements to contested headers logic from corner kicks.
General fixes for player controlled celebrations.
Cut scene for contentious fouls can now be skipped.
Improved the general responsiveness of shooting.
Minor improvement to passing responsiveness when the ball is in the air.

Pro Clubs
Increased experience required for the higher overall ratings in Pro Clubs. *
Addressed an issue where a player's customised facial features did not display properly in game.

Ultimate Team
FUT Single Player difficulty no longer defaults to your CPU setting.
Addressed an issue where the player is forced to substitute an injured player in FUT online matches.
Corrected the shooting and crossing text in custom tactics

Career
Addressed a situation where the CPU AI would frequently leave star players on the bench.

Visual changes
Added new components of the 2016/17 Premier League broadcast package.
Updated team kits, banners and flags for Velez Sarsfield and Tigre.
The goalkeeper now correctly celebrates after catching the final penalty in a shootout.
Addressed an issue where the selected kit isn't the one used in-game.
Addressed frame-rate issue during pre-match skill game.
Addressed an issue where the fog from a player's breath was detached from their position.
General overlay fixes.

*As a result of the change to Pro Clubs, some of you may find you're a lower OVR than before the update. This is intentional and you haven't lost any of your progress.