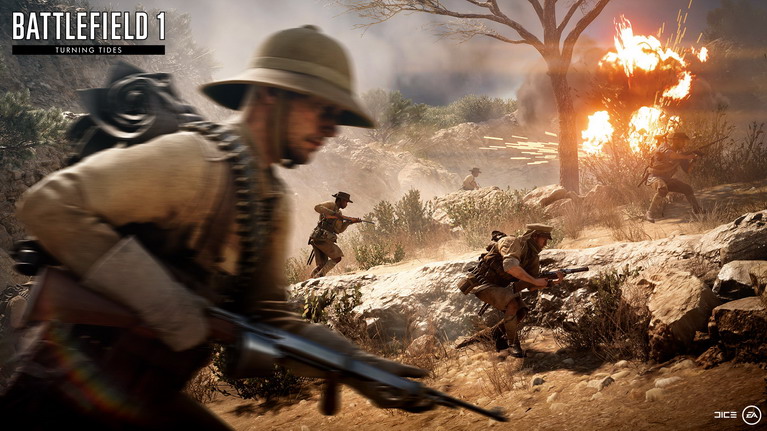 STABILITY AND MATCH EXPERIENCE
Improved stability on all platforms.
Improved matchmaking into Battlefield 1 Apocalypse maps.
Enabled a Mid-Round Team Balancer, following the below criteria:
There are 10 or more players in the server.
There must be a mid-round change to the player count in the match.
If the team sizes differ by at least 3 players, an imbalance will be indicated and after 30 seconds the teams will be rebalanced.
Players will be evaluated by the amount of score they have contributed and duration of time they have been on the team – the higher in both criteria will lessen, or remove, your chances of moving.
If a player is moved by the Mid-Round Team Balancer, they will not be moved a second time.
Players in parties will not be moved.
Players in squads are less likely to be moved.
The Mid-Round Team Balancer will wait until a player has lost their life before switching teams; if a player is already in the deploy screen when the balancing occurs, they would need to deploy and lose their life before being moved.