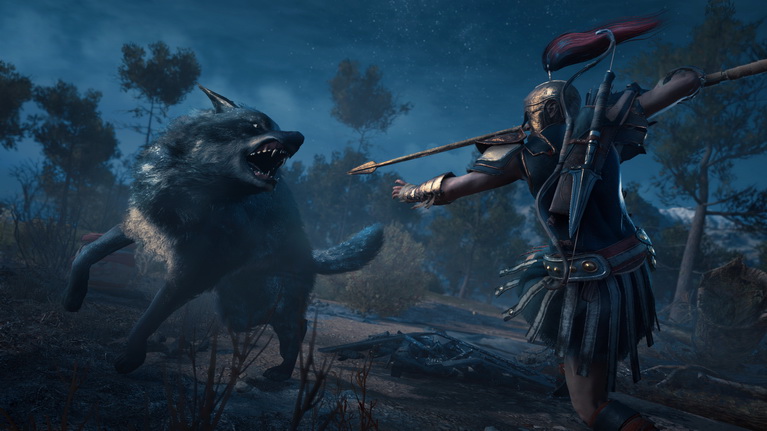 SUMMARY
Increased Level Cap from 50 to 70.
Improved Photo Mode functionality (more details below).
Added Detailed Mercenary Benefits page to the game.
Improved Smart Loot System – it will now reward more gear of preferred playstyle.
Added an option to the game to toggle XP and drachmae boosts on/off in the inventory.
Addressed an issue that could prevent Mercenary Live Events from appearing.
Addressed various issues that prevented quests from completing – including Home Sweet Home, Perikles’ Symposium, and Mother’s Prayers.
Clothes Physics are not capped to 30FPS anymore but scale with selected graphics settings.

New Content
Added support for the second Lost Tale of Greece – A Divine Intervention.
The quest “Test of Judgment” will be available in-game upon installing version 1.0.7.
Available from Episode 5.
Located in Korinth, the quest will be added to the quest log once the quest giver was found.

Photo Mode Improvements
Added a Contrast option, more grid types, and an option to hide headgear to the game.
Added Fog and Bloom options
Tilt angle increased from 45° to 90°.
Improved auto-focus functionality.
Improved display of liked photos on the world map.
Added a Preview button to immediately hide the UI.
Pressing any button when the UI is hidden will now bring the UI back automatically.

Miscellaneous
Discounts from Mercenary Tier benefits will now be displayed at the Blacksmith.
Added support for future Live encounters.
Added an option to the game to toggle XP and drachmae boosts on/off in the inventory.
Improved hitboxes of legendary animals.
Added some more NPCs to various NPC stations (marketplaces, tanning spots, etc.).
Added achievement/trophy for Divine Intervention to the game.

Gameplay
Addressed several issues that prevented players who are meditating from calling Phobos or summoning the Adrestia.
Players will no longer receive kill rewards when an animal is untamed due to environmental influences.
Addressed an issue with Horse Follow Road that could send players to an active quest marker rather than to the selected custom marker destination.
Addressed an issue with the Call to Arms ability that led an unexpected lieutenant to come for help.
Addressed various issues that caused the player to get stuck in objects or fall through the map.

World
Addressed various issues with the placement of multiple objects, including Orichalcum across Greece.
Addressed an issue where Sargon – Oikos of the Olympians – could sometimes be MIA.
In Nisyros and on Melos Island, players will now incur damage from black lava, as intended.

User Interface, Menu, and Subtitles
Addressed a variety of general UI/HUD display issues.
Addressed various subtitle sync and localization errors.
Corrected some bounty display inconsistencies between sponsors vs. bounty display on the map.
The “-1 Adrenaline Cost for Overpower Abilities” engraving will now remain active after loading screens.
Addressed an issue where Damage weapon–type engravings are not multiplied when applied to multiple items.
Removed a spoiler from the description of the Cult crew theme.
[PC] Addressed an issue with the Customize Controls menu where players could assign mouse and keyboard keys while using a controller as their input device.
[PC] Pressing back with the mouse on the Cultist screen will no longer exit the menu.
[PC] Addressed various issues with the Performance Analyzer VRAM meter.

Performance and Stability
Improved stability and performance of the game application.
[PC] Optimized CPU usage when the game is minimized.